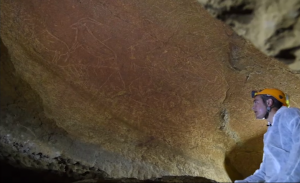 MORE than fifty cave drawings thought to be around 14,500 years old have been found in Spain.

The etchings feature horses, bison, goats and, for the first time, at least two lions. 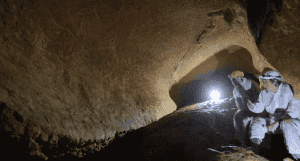 They were found in the northern Spanish town of Lekeitio in the Bizkaia region.

Regional official Unai Rementeria described the discovery as a ‘treasure of mankind’ and ‘of exceptional technical quality and visibility.’

They have been described by experts as the ‘most spectacular’ in the Iberian peninsula.