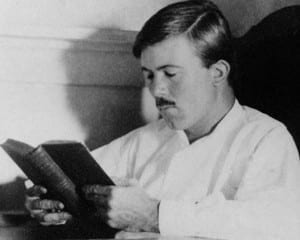 THE 30th anniversary of the Anglo-Irish writer and historian’s death will be commemorated both in his former hometown of Churriana, Málaga and across the whole of Spain.

Brenan was best known for The Spanish Labyrinth, a historical work on the background of the civil war, and South from Granada: Seven Years in an Andalusian Village.

At 6pm on Thursday 19th January, the 30th anniversary of his death, Brenan’s biographer Gathorne Hardy will read a text written for the occasion at the writer’s final resting place, the English Cemetery in Málaga.

In the Gerald Brenan House, where he lived while in Málaga, there will be a screening of the film adaptation of South from Granada at 7.30pm, followed by a talk from the director Fernando Colomo.

On Friday January 20 the work Spanish Scenes will be launched in Spanish for the first time, at 6.30pm at the Gerald Brenan House.

At 7pm a new edition of The Spanish Labyrinth will be released nationally.

These are the first in a series of commemorative events organised by the Ayuntamiento de Málaga, with more to be announced throughout the year.