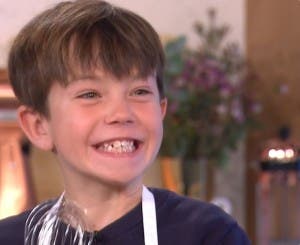 THE young expat who won the hearts of Junior Masterchef viewers after sobbing over a fish and chip flop has redeemed himself on ITV’s This Morning.

Nine-year-old Oscar Jefferson melted hearts on the Spanish edition of the show last week as his grandfather’s traditional fish-and-chip recipe did not go as planned.

The British youngster, who attends Sotogrande International School, made mistakes and ran out of time.

He burst into tears, crying that he had ‘disappointed his granddad’.

Waves of support for the popular contestant rushed in on Twitter, and the youngster was invited to redeem himself on This Morning, where he followed the recipe to perfection.