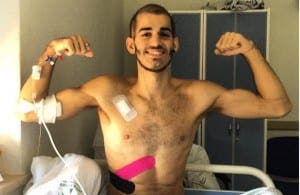 MARBELLA residents are calling on the Town Hall to honour a young local who died of leukaemia this week.

In August 2016 Pablo Raez Martinez launched a campaign to increase Spain’s bank of bone marrow donators from 230,000 to one million.

A change.org petition to name one of Marbella’s streets after the 20-year-old has so far reached 145,100.

‘Pablo Raez was a brave fighter who saved many lives,’ the petition states, ‘remembering him for posterity is an act of justice, as his was an immense act of courage, solidarity and love.’

Another petition calling for the Marbella hospital to be renamed ‘Hospital Pablo Raez’ has won 10,000 signatories.