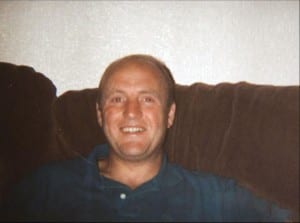 AN inquest has been held into the death of a British man killed outside a bar in Malaga in 2009.

A funeral can now be held for Stephen Mallon, who was killed while defending his 16-year-old sons from a mob outside a bar in Competa, Axarquia.

The 49-year-old Bournemouth resident was attacked with knuckledusters, bricks, bottles and metal bars.

He was then thrown off a 16ft balcony, and suffered fatal head injuries.

The former roofer’s body was held in Spain for five years, before being brought back to the UK.

The coroner in Dorset was unable to release the body until legal processes in Spain were completed.

An inquest on Monday finally recorded a conclusion of unlawful killing, and the family were told they can now lay the body to rest.

“We really need that to recover and move forward,” widow Teresa Mallon said.

Alex Trelinski - 23 May, 2022 @ 12:45
A Mallorca upper bar terrace was destroyed after German tourists threw cigarette butts down onto it from a hotel balcony party. 13 people have been...