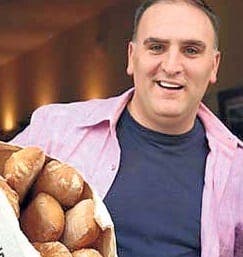 The 47-year-old Spanish immigrant to the USA closed five of his Washington D.C. restaurants as part of a national ‘Day Without Immigrants.’

The aim of the protest was to make a stand against Trump’s stance on immigration by demonstrating how much of American business and daily life depends on immigrant workers.

Andres is currently involved in a multi-million lawsuit with the new President.

The chef pulled out of plans to open a restaurant inside the Trump Hotel in D.C. after Trump referred to Mexicans as ‘rapists’.