When you think of the world’s biggest gamblers what countries come to mind? 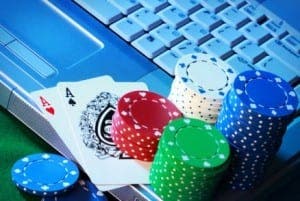 Most people automatically gravitate to the United States and China, but the biggest gamblers are actually Australians.

H2 Gambling Capital released a research study this month (February 2017) and it showed that Australians lost $990 per adult resident last year on average. Obviously, not every adult in Australia lost $990, but when averaged out the losses per adult in the country amounted to $990, well above the average in other countries.

The majority of the gambling losses for Australians was from playing pokies (slots). Pokies or poker machines are very popular in Australia and you can play them just about anywhere. One of the problems with pokies in Australia is that they are deregulated and gamblers can lose more than $1000+/hour playing the machines.

Most countries cap the maximum betting limits on slots, especially those located outside of casinos, but in Australia, gamblers can play for high-stakes. Gambling losses from pokies accounts for nearly 50% of the country’s total losses from gambling last year. Other casino games and online gaming make up most of the remaining losses.

Singapore actually ranks second in gambling losses per adult resident, which is a little surprising because Singapore has strict regulations on gambling. The majority of gambling losses by Singapore residents is from casino games other than slots, which makes sense, as many Asian countries favour table games over slots.

The fastest growing sector of the industry is online gambling, which accounted for 11% of gambling profits in 2016. I don’t know how this statistic was tracked, as the study doesn’t say, but you can bet the 11% is higher because there are billions wagered online in unregulated markets that have no way of being tracked.

One of the things this study helps firms with annually is where to target players this year. With online gambling the fastest growing sector, you can bet more firms will be interested in entering the growing list of regulated markets.

Australia may have the biggest gamblers, but the country has a small population (23 million) and the market isn’t going to see fast growth because the market is mature. The most important market in 2017 is the USA, but unless more states regulate online gambling, we’ll be waiting another year before the US market grows rapidly.

If you look at the chart on the Economist (Linked above), you can see that countries who have recently regulated online gambling have seen huge increases in gambling profits. More countries would be wise to regulate online gambling, as it’s clear people enjoy gambling online and it would add a lot of additional tax revenues.