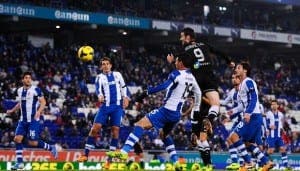 CHINA quadrupled its investments in Spain to €1.7 billion last year.

Spain now attracts the seventh largest amount of investment from the Asian powerhouse, after countries including Britain and Germany, according to a report by Baker McKenzie law firm.

Investment in infrastructure and entertainment dominated in 2016, including the acquisition of waste management firm Urbaser for more than €1.17 billion.

Another key investment was the €200 million purchase of football club RCD Espanyol by businessman Chen Yansheng.

Maite Diez, a partner at Baker McKenzie, said of Chinese investors: “They are attracted by European companies in several sectors such as the food industry, because that gives them access to the supply chains.

“The goal is to offer high-quality products in China, where there is a growing demand.”