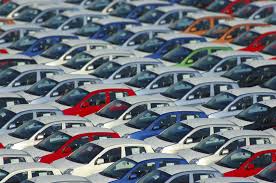 THE EU are unimpressed by Spain’s emissions testing of its diesel vehicles.

It comes after Spain’s Industry Ministry tested the exhaust emissions of 16 of the country’s leading diesel vehicles between December 2015 and August 2016.

It found that all of them had higher nitrous oxide (NOx) levels when driven on the road than permitted by the EU.

“There is a discrepancy between the values obtained [in a laboratory] and those obtained through real driving,” the recently released report reads.

Passing a laboratory test has been sufficient for a car maker to sell a diesel vehicle in Spain, but from September, the EU will introduce road testing as well.

It follows the Volkswagen emissions scandal in 2015 which revealed how the German car maker had installed software on the computers on its diesel vehicles to register lower emissions levels when connected to a laboratory computer.

Several countries then agreed to carry out road tests on vehicles that they had approved. Spain said it would analyze 30 models, but only tested 16, saying it lacked the funding to test all 30.

The report, released in March, concludes that the 16 vehicles it road tested all had higher emissions levels than those registered when analyzed in a laboratory.

The diesel vehicles, from makers like Seat, Ford, Nissan, Volvo and Ssangyong, all had EU NOx limits that were between 1.8 and 12.6 times higher than allowed.

EU sources say Brussels suspects Madrid is not being fully cooperative and is not satisfied with the report and that they may well demand a second.

The European Commission says that so far, only the reports submitted by Germany and the United Kingdom, which cover hundreds of pages, meet its requirements.