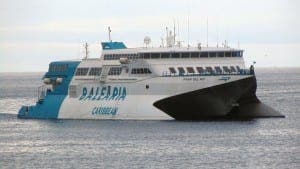 A FERRY carrying seven stowaways has crashed into Malaga port.

A steering malfunction on Pinar del Rio is believed to be the cause of the incident, which has forced the Melilla-Malaga route to be closed.

Witnesses saw two stowaways jump off the vessel into the water in an attempted escape.

Five others were found inside the ship which was travelling from Melilla. All are currently being detained by police.

None of the 143 passengers were harmed, but the ferry’s hull and Malaga dock have been damaged.

The boat was towed after the crash.