IGGY Pop strides onstage and throws the good people of Jerez the bird.

Behind him, the band kick into the opening guttural chords of I Wanna Be Your Dog.

That Pop, legendary frontman of The Stooges, is still standing is a minor miracle. But as he enters the twilight of his career he leaves behind a body of work to rival any in rock and roll’s canon. And he’s here to play the hits.

‘Soy El Pasajero’, he announces, the Puerto de Santa Maria crowd ‘La, La La’ ing along to a blistering rendition of The Passenger. Search and Destroy, Lust For Life, Gimme Danger – Pop dispatches them all with an undimmed enthusiasm. Almost 50 years on, the iconic wild man remains a mesmeric frontman and performer.

Beforehand, Love Of Lesbian, the perennial Spanish festival favourites, get the crowd warmed up with their breezy indie. The crowds are still filing in as the sun starts to dip, but the night is still young.

Following Pop, Crystal Fighters’ warm, folky anthems are well received. The English/Basque-based are well versed in countercultural music. A scene-crossing blend of house beats, the psychedelia of  Flaming Lips and Neutral Milk Hotel and the rhythyms of their adopted Basque homeland, they are the ideal summer festival band.

Fatboy Slim exhorts the crowd to ‘Eat, Sleep, Rave, Repeat’, but as two am passes nobody’s thinking of bed. A huge monitor behind the British DJ flashes images which anyone here in an altered state can wholeheartedly appreciate. His dance set rounds off a fine day of acts.

Motor Circus has got the Spanish summer festival season off and running. 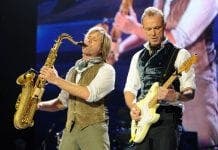 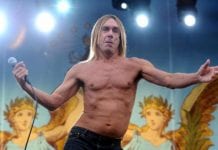