A MAN who was filmed having sex with a fellow passenger on a Ryanair flight was allegedly cheating on his pregnant wife.

Shaun Edmondson, 31, was straddled by an unidentified blonde woman on a flight from Manchester to Ibiza last week.

Shocked onlookers assumed they were a drunk couple, but The Sun has revealed Edmondson was on a stag do with his mates.

Edmondson had allegedly shouted ‘Anyone got a jelly?’ before initiating sex with the stranger.

The sous chef is said to have received a grilling from his 25-year-old fiancee Jenna Ross, who is six months pregnant, when he got home.

“He is known as a bit of a ladies’ man,” a friend said. “That’s just a random woman he’s with, they didn’t know each other before the day.

“Shaun and Jenna are due to marry soon but that clearly won’t stop him.

“He doesn’t seem to be too bothered he has left his six-months pregnant wife-to-be at home while he cavorts with random strangers.

“I wouldn’t like to be him when she finds out.”

Ross, from Canada, has seen the footage and is said to be livid.

Fellow passenger Kieran Williams, 21, from Preston, previously said: “I heard them talking about it but I thought they were joking. The guy was shouting, ‘Anyone got a jelly?’

“We all laughed but then 10 minutes later they actually did it. They seemed so drunk, they brought a lot of attention to themselves.

“You could see the girl taking off her pants and he pulled his trousers off. She started riding him.

“I had to get my phone out. I have never seen anything like that.”

Ryanair are investigating the incident after it was alleged the cabin crew did nothing to stop the pair, even after the woman next to them asked to be moved.

‘DISASTROUS’: Phase 3 restrictions on nightclubs such as markers on dancefloors blasted by business owners in Spain’s Mallorca and Ibiza 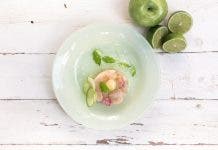 Laurence Dollimore (Digital Editor) - 3 Jun, 2020 @ 14:07
Tourism bosses in Spain fear there is still a lack of planning to prepare for the reopening of the vital industry