NEW climate models have predicted that Spain will be rocked by devastating ‘megadroughts’ by the end of the century.

The worst projections foresee a 15-year period of rainfall less than half the average level.

Researchers from Newcastle University selected a total of 15 different climate models used by leading scientific bodies around the world, including Nasa and the Met Office.

While there was a range of results, ‘extreme future droughts’ were predicted by climate models which could accurately simulate what had happened in the past. 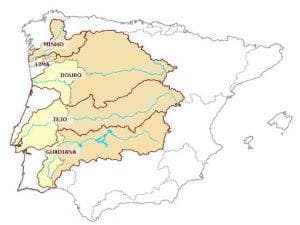 Spain has seen three major droughts – the latest of which spanned 1990 to 1995 – affecting most of the country, with rainfall reduced by up to 30%, but it has also experienced a number of smaller ones in recent years.

Writing in the International Journal of Climatology, the researchers said: “All models project an intensification of drought conditions for the Douro, Tagus and Guadiana river basins.

“Some project small increases in drought conditions but most project multi-year droughts reaching up to eight years of mean annual rainfall missing [over a 15-year period] … by the end of the century.”

A previous study suggested southern Spain could become a desert by 2100, as global warming changes the ecosystem ‘in a way that is without precedent’ since 10,000 BC.