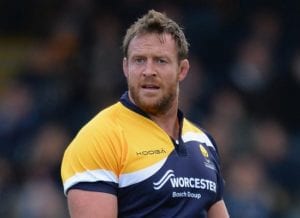 RUGBY star Dean Schofield is urging action after being mauled in a sophisticated holiday shakedown.

Dean (above) and wife Gemma, both 38, were set to take a dream break to Spain with friends to celebrate the England international’s retirement.

But the vacation turned into a nightmare after the group of 16 from Cheshire unwittingly booked via a fraudulent holiday website that has dozens of homes on the Costa del Sol.

The group only rumbled the scam, via rentholidaysvillas.com, the day before they flew.

“We were very angry when we found out,” Gemma told the Olive Press this week. “It was a horrible moment and we weren’t sure what to do.

“We started Googling it and other stories came up. When we emailed the person we’d been dealing with called ‘Flavio’ he sent an abusive email back.

“Luckily we were in a fortunate position where we could arrange an alternative villa and still get the flight over. But what if we were from a normal family and couldn’t afford to come? We were at least able to salvage the holiday.”

The group had come across the stunning six-bedroom villa with a huge pool and grounds and got in touch via email.

The website looked extremely credible and even had a photo of its alleged owner, ‘Flavio Hernandes Davila’, who did the negotiating.

“I must confess we did think it was a bit cheap for where it was, and it in fact rents for a lot more,” admitted Gemma.

Thankfully, the group of eight adults and eight children who are still on holiday are now trying to reclaim their money as the booking was made via a credit card.

The website however is still live, despite being reported to its web hosting company by the Olive Press and to UK police.

The website boasted that ‘you can put your trust in us’ while it included stolen photos from hundreds of properties across Spain, Portugal and Greece and has a series of fake testimonials from ‘happy’ clients at the bottom.

There are 18 properties for rent on the Costa del Sol and 38 in Mallorca, as well as 38 in Ibiza and 21 in Portugal.

Various genuine rental firms on the Costa del Sol and in Mallorca are demanding legal action after their own properties were taken and offered to rent at much cheaper prices.

The Olive Press has discovered that the photo of Davila is actually a photograph of an Australian estate agent, whom we are not naming, for legal reasons.

Another British victim of the site, pensioner Anne Landon, said she became suspicious after booking a break through the site and transferring £4,600 into one of their UK bank accounts.

“I take my grandchildren on holiday every summer and was getting pretty desperate trying to find somewhere,” said Anne, 74.

“The price was very reasonable and I was so excited. But immediately after booking he sent another email to say he had given me the wrong bank account number and could I send the money again.

“I immediately felt very uncomfortable. I phoned my brother and said. ‘I think this is a scam.’”

Anne phoned both hers and the recipient’s bank and her money was returned four days later.

While she got her money back, she was forced to apply for a new passport after sending a copy of her passport to the fraudsters.

This week, an Olive Press reporter, posing as a holidaymaker, enquired about renting an exclusive property with rentholidaysvillas.com.

‘Flavio’ offered us a price of £3,850 a week, plus a 10% discount for full payment up front, requesting a passport copy and full address.

When asked why he needed this, ‘Flavio’ replied: “When we make the contract, we need to be sure of your passport details.”

One genuine property rental site, who asked to remain anonymous, expressed her ‘regret at the negative impact this could have on holidaymakers.

“We are deeply shocked and saddened,” she said. “This is extremely clever criminal activity and we will always do our best to help people who have been treated in this way.”

Helle Heredia from Malaga-based holiday property rental firm Novasol, said: “We hear about these types of scams all the time and the name ‘Flavio’ has been mentioned several times by some of our guests that have been scammed before reaching to us for help.

“My advice for holiday makers, is to book with well-known and established holiday rental companies, check there is a valid phone number, always use a credit-card when you make a booking, google the websites first to check if they have been reported for scams before and always remember if it sounds too good to be true – it probably is!”

Rentholidaysvillas.com is hosted by US-based server GoDaddy, which was warned as long ago as April of the scam by a leading holiday rental site in Spain.

When contacted to ask why it was still live this week, GoDaddy Digital Crimes Unit boss Ben Butler, explained: “We communicate regularly with law enforcement on alleged fraud and have established processes for taking action against illegal activity. If anyone believes they have been defrauded they should contact law enforcement.”

Contact your local British constabulary and Action Fraud and, if you have paid a deposit by credit card, contact your bank.