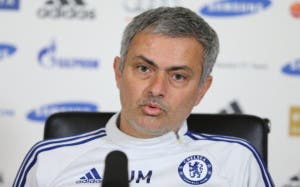 JOSE Mourinho should face a tax investigation in the UK after Spanish prosecutors filed a fraud claim against the Manchester United manager, a British MP has urged.

Mourinho has denied the allegations of tax evasion but a judge in Madrid will decide if the case should go to court.

The offence could carry a prison sentence of two to six years and a fine up to €20 million.
It is alleged that Mourinho defrauded the Spanish tax authorities of €3.2 million while serving as the Real Madrid manager between 2010 and 2013.

He stands accused of failing to pay more than €3 million in tax on the sale of his image rights.

Meg Hillier MP, the recent chairwoman of the public accounts select committee, believes the 54-year-old should be investigated in the UK too.

Hillier said: “Given the clear progress from the Spanish authorities, it’s vital that HMRC is taking the same level of interest.”

The Sunday Times in the UK alleges that Mourinho has avoided paying tax on £10m in image rights earnings, built up during his first spell in charge of Chelsea from 2004-07 and then at Madrid, through a series of offshore companies.

Money from the UK and Spain was transferred to Ireland and then to a shell company in the British Virgin Islands called Koper Services which is actually owned by a New Zealand trust set up by Mourinho, it claims.