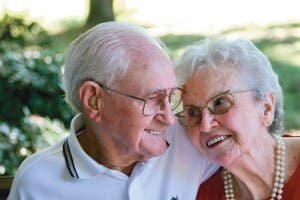 WOULD you want to live well into your 120s?

That could become a reality thanks to the world’s first anti-ageing drug, which is being trialled on humans this year.

It comes after the Food and Drug administration in the US gave the go-ahead for a drug based on metformin, which is used to treat diabetes and has been proven to extend the life of animals.

Scottish ageing expert Professor Gordon Lithgow of the Buck Institute for Research on Ageing in California said: “If you target an ageing process and you slow down ageing then you slow down all the diseases and pathology of ageing as well.

“I have been doing research into ageing for 25 years and the idea that we would be talking about a clinical trial in humans for an anti-ageing drug would have been though inconceivable.”

If successful, the drug will mean a person in their 70s would be as biologically healthy as a 50-year-old.

Experts say it could usher in a new era of ‘geroscience’ where doctors would no longer fight individual conditions like cancer, diabetes and dementia, but instead treat ageing, the underlying cause.