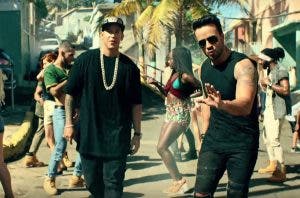 DESPACITO is the first Spanish song to top the US’s Billboard 100 in more than 20 years.

The ‘song of the summer’ in dozens of countries has been at the number one spot for 15 weeks and counting, a feat not achieved by a Spanish-speaking song since the 1996 hit La Macarena.

Luis Fonsi and Daddy Yankee’s song has now set a record as the most streamed song on Spotify and is the first YouTube video to reach three billion views.

The song has also opened the door for other Spanish tracks to get airplay on American radio.

“It wasn’t really forced, it wasn’t gimmicky … it’s sort of an accident if you will,” Fonsi said of his hit song.

“There’s something magical in that melody and in the beat and in the production … and people in Russia and Australia and U.K. and France and U.S. and South America — everyone’s just dancing.”