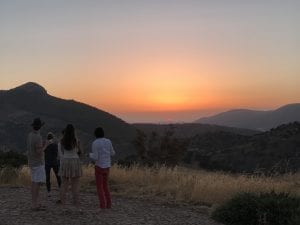 THE audience went wild, but in anything other than a conventional way.

The throng of around 150 people – and 70-odd horses – had been transported to another world by a hypnotic duet between pianist Maria Joao Pires and soprano Talar Dekermenjian.

And they celebrated in the way they had been instructed… by clicking their fingers, so as not ‘to frighten the horses’ busily chewing away under a pitch-black starry night beside us.

It sounded, appropriately, like the lilting castanets in the opening to Miles Davis eponymous Sketches of Spain album. And was another feature making up a very original night indeed.

The opening piece of the last night of the first ‘pause’ music festival – the moving Armenian song, Garun a – was part of a nearly three-hour show organised in collaboration with the Partitura Movement.

Featuring music from Mozart, Grieg and Schubert, the festival will certainly go down as a rousing success.

At least if the number and length of clicks is anything to go by. 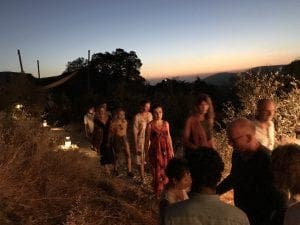 High in soaring mountains between Ronda and Grazalema, the 234-hectare estate is the dream project of entrepreneur Manfred Bodner.

A biodynamic farm – that now includes a spa and a nine-room hotel – it has a vineyard and vegetable gardens that operate on regenerative agriculture techniques and is home to a herd of cattle, as well as sheep, chickens, and the aforementioned horses.

They pick their fruit according to the moon cycle, use only ionised water for irrigation and ban any use of pesticides.

This is the life’s work of inspirational Bodner, who has spent over a decade turning this amazing hidden corner of Andalucia into an aesthete’s dream retreat.

“They arrive here and they don’t need to move. We offer them full board and they simply relax,” explains Bodner.

A keen believer in sustainability and a lover of the real Andalucia, he has revitalised the nearby village of El Gastor, employing nearly 40 staff and heavily promotes the best of the region’s wines and food, as well as conserving a number of rare breed livestock. 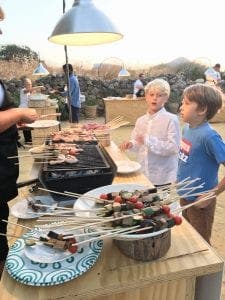 His idea for a classical concert at his estate is yet more evidence of what he is giving back.

Only conceived in February this year, it is perhaps remarkable that the five-night classical concert came together at all. “It was certainly touch and go that all the musicians would actually make it here together,” Manfred admits.

And the star of the show – if it’s fair among this talented collection of musicians – was certainly Maria Joao, described by the Telegraph as ‘one of the most celebrated and loved pianists on the planet’.

Now in her 70s, she gave her first concert in native Lisbon at the age of four, and on this showing she will probably be playing to 104.

Warm, charming and witty, she very much galvanised the big group of musicians, that even included four talented students from the nearby Ronda music academy.

But she wasn’t involved in the finale – a hilarious romp, suite no.1 from Peer gynt, by 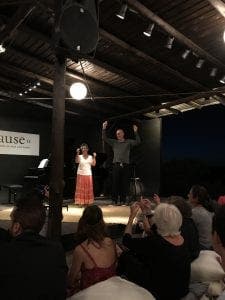 Julien Brocal, MIlos Popovic and Julien Libeer – nor, in what was one of the most moving pieces of the night, Offenbach’s C Saint-saens, with cellist Camille Thomas and pianist Lilit Grigoryan.

In some ways however, the real litmus test should be what effect the night had on the horses?