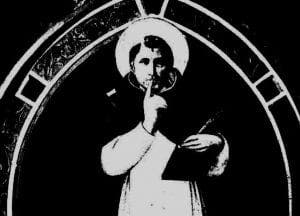 THEY could be walking among us, or living next door.

They could be some of the most educated and benevolent people on the planet … or, just as easily, prone to terrorism and armed insurrection. Some preach integrity, free thinking and civic duty; others seek world domination through subversion. What could they possibly have in common?

The answer is that they are members of ‘secret societies’.  For better or worse, they work covertly to achieve a hidden agenda where secrecy is a sanctuary and a source of power.

Among them are three distinctly Spanish secret societies that represent the many dichotomies mentioned above.

What the 50 million readers of the book and the millions more who saw the film may not realise is that the group’s origin is uniquely Spanish.

Opus Dei was founded in 1927 by Jose Maria Escrivia, a modest rural parish priest in Huesca, Aragon. He believed that common people – i.e. non-clergy – could get closer to God through their normal everyday activities.

Although publicly recognised by the Vatican, its members – often people in key positions in politics, banking, academia and other influential areas – keep very closely-guarded secrets behind their veiled affiliation.

Because of its secrecy, Opus Dei is controversial both within and outside the Vatican. It has been accused of promoting a right-wing political agenda (often linked to Franco’s fascist regime), cult-like practices, aggressive recruiting, brainwashing and spying.

Despite this, membership is estimated to come close to 90,000 in 80 countries and growing exponentially. All this, born out of a small Spanish parish church just north of Zaragoza.

The ‘Holy Warriors of Spain’, or La Garduna, was (and perhaps still is) a secret society said to have been in existence for over 1200 years.

The group is believed to have formed in 710 A.D. in the mountains near Cordoba as a ‘guerrilla army of Christ’ dedicated to expelling the Moors from Andalusia.

Murder-for-hire, kidnapping, arson, enslavement and robbery directed towards non-Christians were accepted means towards La Garduna’s stated goals. Membership was secretive with the complex hierarchy of a sophisticated criminal organisation.

Over the next 700 years, La Garduna accumulated a great deal of ‘wealth through stealth’. After the Moors were expelled in the 15th Century, Ferdinand hired members of La Garduna as henchmen to do the dirty work for the Spanish Inquisition.  So brutal were their tactics that the Catholic Church was forced to denounce its support of La Garduna by publicly hanging known members.

The remaining order fled to the hills and became bandits or transplanted themselves in distant lands. Some historians believe that La Garduna was a precursor to the crime syndicates of the Sicilian Mafia.

There is evidence that some members had moved to South America and were active participant in the liberation movements of those countries from Spain. There is also the suggestion that their battle cry – ‘Remember the Virgin of Cordova!’ – was heard during the Spanish Civil War and persisted into WWII with aid to Nazis fleeing Europe.

So mysterious has La Garduna been over the past 1200 years that the line between fact and fiction is difficult to draw. Was this group a well-intentioned religious group or a band of criminals with an exaggerated history?  Accounts vary…

The beautiful Basque city of San Sebastian is widely considered to be one of the world’s premier culinary destinations. Tourists flock to the many Michelin-starred restaurants in the city’s old quarter. But many of San Sebastian’s most treasured culinary experiences are not available to the public.

Often housed behind nondescript storefronts are many ‘Txokos’ or secret gastronomic societies. Food, wine, and regional cider are taken very seriously here with no distractions like TV, live music or women. Like a fraternity, members are given a private key where they find a refuge – a type of kingdom where chefs can experiment with new recipes and tastes and take bold risks with ingredients.

Txokos are believed to have been in existence for over 100 years and play an important part in maintaining Basque culture. Conde Nast Magazine claims there are over 40 Michelin star restaurants in and around San Sebastian, the highest concentration in the world. Innovation, food quality and great flavours are just some of the reasons. Thanks to the dynamics of the Txokos societies, this is no accident.

It has been said we live in an age of transparency where everything we do has the potential to become known. Through the dynamics of cell phones, drones, WikiLeaks, security cameras and various other tracking devices, privacy in the 21st century is under assault.

As the three examples of Spanish secret societies show (and the list is by no means complete) is that people of all ideologies have always used privacy as a way of strengthening their relationship with others.

If this truly is the age of ‘Big Brother is watching’, as predicted by George Orwell in his novel Nineteen Eighty-Four, might we expect an uptick in secret society membership? Could it be that secrecy is fundamental to the human condition and a tool for self-preservation?

If you ask those who walk among us, their very silence just might speak volumes…