TRAVEL company, Thomas Cook, predicts the price of Spanish holidays are set to rise by a further 5 to 10% in 2018 because of the weak pound.

A second factor driving up holiday prices was increased demand due to safety fears in other traditional rival British holiday locations such as Turkey and Tunisia.

Thomas Cook’s Chief Executive Peter Fankhauser told the press that his company did not “have enough beds for all the demand”.

Mr Fankhauser said Spanish hoteliers were “taking a bit of an advantage” of increased demand but they were also investing profits in improving their facilities.

A typical 7-night holiday to Lanzarote next July with Thomas Cook would be expected to increase by roughly £200 as a result.

Thomas Cook began selling holidays in Tunisia to British tourists again this August for the first time since the deadly ISIS attack in Sousse in June, 2015. 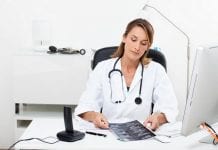