TENNIS fans remain in a state of euphoric shock following Rafael Nadal and Roger Federer’s decision to play doubles together.

‘Fedal’, as fans have labelled them, teamed up in the inaugural Laver Cup which pits players from Team Europe and Team World against each other.

Rafa described it as a dream come true to play on the same side of the net as his long term rival.

“It was unforgettable for both of us after the history we have behind us as rivals. Something we really enjoyed a lot.

“To have the possibility to have Roger next to me is a huge privilege, something I wanted to make happen at some point and today I made it happen.”

Roger responded by commenting, “He said it all.”

“For me personally it was a great moment too.

“This is a memory for the rest of the lifetime.”

Despite relishing the opportunity to play together both Rafa and Roger were quick to assure fans they would return to singles now the tournament was over.

“After this we’ll be rivals again,” Roger joked. 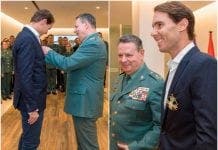 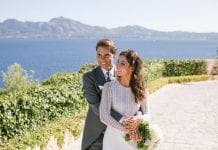 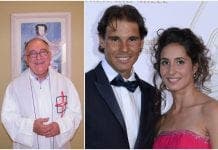