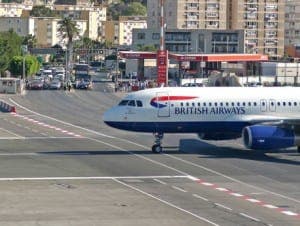 BRITISH Airways has said it’s bringing back the ‘glory days’ with wifi and more meals.

CEO Alex Cruz, who took the top job 18 months ago, announced a £4.5 billion investment that would make British Airways ‘the airline of choice for everyone’.

“The glory days are coming back,” he said during a speech at World Travel Market in London over the weekend. “I firmly believe that our best days lie ahead.”

Cruz said the cash injection would go towards procuring 72 new aircraft, upgrading 128 existing planes, training staff and rolling out ‘the best Wi-Fi in the sky’.

He also committed BA to installing at-seat power points in all cabins and improving long-haul catering in economy, with the return of a proper second meal instead of a snack.

“What else can passengers expect? Lower fares, better service and new destinations,” he said.

He added that BA had ‘learned some hard lessons this year’, referring to the computer meltdown that cost the airline an estimated £80 million, and the botched roll out of ‘buy on board’ refreshments from M&S, which replaced free meals on short-haul flights in January.

Stocking issues meant the airline repeatedly ran out of food before all passengers had been served.

“The low-cost model is now spreading to long haul,” said Cruz, who claimed BA would have to become more efficient going forward. “If you don’t change habits formed in cosier eras you will shrink and ultimately risk irrelevance.”