THE neighbour of Gibraltar murder victim Carolina Lishman has revealed the heartbreaking moment the woman’s youngest daughter raised the alarm.

Speaking to the Olive Press last night, the local recalled how the five-year-old hammered on his door calling for help.

“We called the police and ambulance service immediately, she was obviously very distressed.”

But it was to no avail. The altercation proved fatal and Carolina was soon pronounced dead at the scene while the husband was rushed to St Bernard’s Hospital, where he remains in a critical condition.

The murder investigation into the death of mother-of-two Carolina has continued today.

Last night, police and forensics teams confirmed it was being treated as a domestic incident as they continued to collect evidence and took statements from residents of Apricot Court in Sir William Jackson Grove.

Carolina, 32, lived on the sixth floor of the flat with her husband and their two children, her five-year-old and another 12-year-old.

It is understood the children’s grandfather is looking after the siblings.

A fourth floor resident told the Gibraltar Olive Press that there had been many rumours over what had happened, but that not to believe speculation that Carolina first stabbed her husband.

A resident on the fifth floor of Apricot House told the Gibraltar Olive Press that it had been an eerily quiet night in the block.

“It is always quiet here, mainly families but everyone gets along.

“I heard a thud from upstairs but nothing out of the ordinary and the next thing I knew sirens were blaring from outside, ambulances and police racing through the building.”

“It is such a tragedy,” said a third floor resident who did not wish to be named.

“Carolina was so pretty and she was lovely.

“She was quiet and kept herself to herself, I can’t believe this has happened here.”

It is believed to be the first murder on the Rock since 2015. 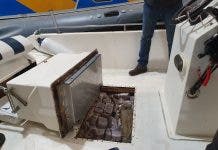 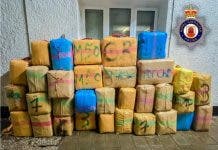 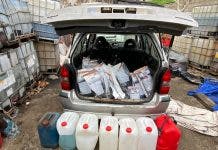 Hash and tobacco smugglers halted in their tracks by Gibraltar authorities