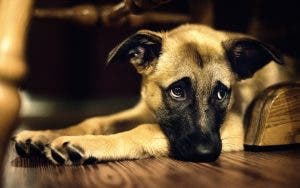 BRITISH pet owners are growing concerned that if Brexit negotiations fail they will no longer be able to travel to the EU with their pets.

If there is no deal then it will indeed be harder to take pets to the EU as while the pet passport scheme includes countries that are not EU members, a new deal would need to be done between the UK and EU.

EU negotiator Michel Barnier has warned that pet travel is likely to be affected by the UK’s departure from the union.

“Without agreement, it would fall into the common law regime of the World Trade Organisation, with relations similar to those we have with China,” Barnier told a French magazine.

“A failure of the negotiations would have consequences on multiple domains, just on the ability of British planes to land in Europe, the United Kingdom leaving the single sky [air traffic management system], or on dogs and cats to cross the Channel.

“In Europe, everything is integrated because we have common standards: that seems to have been forgotten.”

The comments have been met with fury from right-wing Conservative MPs.

Andrew Rosindell, a senior Tory MP, said: “What is this man saying? Surely our beloved dogs and cats are not going to be victims of the Brussels vendetta against Britain now, are they?”

“The worry has always been of rabid animals coming from the continent. I’m all for keeping rabid Eurocrats out of the UK.”

Currently, Brits can take their dog, cat or ferret from the UK to the EU and back again without quarantine provided that certain conditions are met, such as having a pet passport and your pet being micro-chipped.

Some non-EU countries are included in the EU pet passport scheme – Iceland, Greenland and Switzerland – and the UK could be added to this list, but clearly agreements would be needed to make that happen – it would not be automatic.

For pets from countries that do not issue passports, the EU distinguishes between listed and non-listed countries, depending on whether they have suitably robust surveillance and reporting systems for diseases such as rabies.

Any pets that come from non-listed countries like the US, Japan and Russia, need to have paperwork filled out, including health certificates from their vets, if they are to avoid blood tests or quarantine at the border.