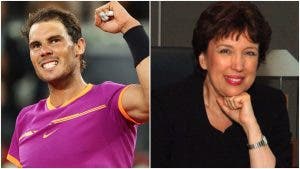 RAFAEL Nadal has won a defamation suit against France’s former health minister Roselyne Bachelot.
During a national TV broadcast in March 2016, Bachelot had accused the Spanish tennis star of doping.
Although Nadal had been seeking €100,000 in damages, Bachelot has been ordered to pay €10,000 and a €500 fine.
Bachelot claimed on the French TV channel D8 that Nadal feigned an injury to avoid giving a drug test because it would have been positive.
Nadal has previously said he will donate the damages to an NGO or French charity.