A RECENT ruling by the appeal court of Bilbao is to set the ground for future cases on the so-called Equity Release mortgage loans.

Three Judges in the Basque High Court have ruled that banks – and by extension any other financial services company- that do not have a valid operating licence will see their agreements declared null and void, be it mortgage loans, investment contracts or any other.


In late 2014, 20 pensioners (mostly British) bought an action to set aside 12 equity release mortgage loans against SLM worth 6 million euros, a Cheshire-based lender.

The lender had not secured the mandatory regulatory license although they did warn they had no license to operate in Spain as, according to them, they were only providing lending for customers seeking to raise cash on their homes.


Now, the Bilbao Appeal Court has said the warning was no ‘mitigating’ factor because it misled the claimants into believing that the loan they were sold was financially secure when, in fact, most of it was invested via unregulated Isle of Man based dubious Premier Group.

The relevance of the ruling, which brings an end to the suffering of the victims of this scam, is twofold: it nullifies contracts issued by unregulated companies and it fully endorses the allegations of the claimants that the widely publicized Inheritance Tax benefits were false, emphasizing that such conduct is deceitful and fraudulent.


It is believed that defunct Luxembourg-based Landsbanki Bank had lent a staggering 100 million euros in Spain to reduce death duties that thankfully will be difficult to recoup, whilst Rothschild Group could be set to lose 40 million Euros. 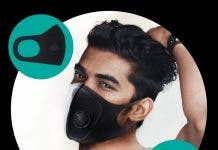 EXCLUSIVE: With coronavirus fear taking a grip, the Olive Press exposes a Spanish firm cashing in on people’s fear and paranoia