A FRENCH dairy company has been linked to an outbreak of Salmonella poisoning in their infant milk product lines.

Spain has reported one case linked to Salmonella from Lactalis Nutrition Sante, part of the Lactalis Group, while France reported 35 cases.

The company distributed the product to 12 countries in the EU, have blamed an evaporation tower used for drying as the source of the contamination.

Now the European Centre for Disease Prevention and Control (ECDC) and the European Food Safety Authority (EFSA) will issue a joint assessment of the outbreak later this month.

This comes after the Lactalis factory in Craon was shut down in December.

“A broad recall of infant products, an export ban and the suspension of market distribution, implemented since the beginning of December 2017 will reduce the risk for new infections,” said a statement released by the ECDC.

Lactalis say heating the powder and milk will help kill off any dangerous bacteria.

“We wish to extend our sincerest apologies to the families affected,” said a spokesperson for the company. 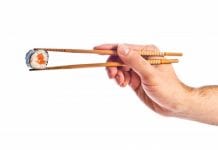 ‘YOU ARE GOING TO KILL SOMEONE’: Anger at sushi restaurant as Salmonella outbreak infects 91 people in Spain’s Mallorca 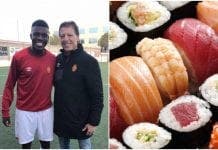