SPAIN’S property market has been ranked the fourth most rewarding investment opportunity in the world.

In the new 2018 ranking by Afire, the holiday hotspot moved from sixth in the ranking last year to fourth, leapfrogging the UK, who moved down from third last year to fifth.

With 30% of respondents’ votes, the US remains the country most likely to make you money on your property investment. 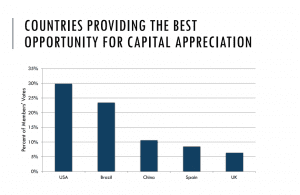 Brazil took second place with just under 25% of the votes, followed by China with just over 10%.

The UK fared better than Spain when it came to ranking countries who provided the most stable environment for investment. 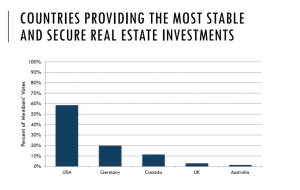 With 58% of respondents’ votes, the US remains the country considered the most stable for real estate.

Germany again took second place with 20% of the votes, and Canada remained in third place with 12%.

The UK moved into fourth from fifth, while Australia fell from fourth to fifth.

London, meanwhile, shot to the chop of the charts when ranking the best global cities for property investment. 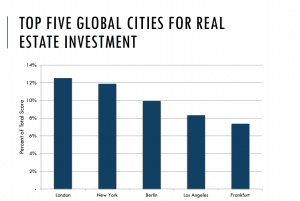 It was followed by New York, Berlin, Los Angeles and Frankfurt.

AFIRE members are among the largest international institutional real estate investors in the world and have an estimated $2 trillion or more in real estate assets under management globally.

The 26th annual survey was conducted in the fourth quarter of 2017 by the James A. Graaskamp Center for Real Estate, Wisconsin School of Business.