CAIXA Bank has been ordered to refund dozens of buyers €330,000 each for an off-plan development that was never completed on the Costa del Sol.

The Guadalupe Hills development in Manilva was marketed by now bankrupt British company Ocean View, which sold the plots to mostly Irish and British customers – who ended up losing millions in failed investments.

Costa Luz Lawyers law firm, which has been fighting the case for a decade, said: “Guadalupe Hills in Manilva was one of those developments that Ocean View sold like hot cakes to the British and Irish at the time of the real estate boom.

“Despite the difficulty of the case, mainly due to the presence of Ocean View as an intermediary who first bought the houses and then resold them to the individual clients; after years of effort and waiting, the case obtained its First Instance Judgment in the Court of first instance number 17 of Malaga.

“There are still many buyers in court trying to recover amounts that Ocean View had guaranteed for itself but not for the buyers to whom they resold the properties. Promotions such as Gardens of Manilva, EsteponaBeach and Country Club, Bay of the Rocks, Corals of Estepona … all followed the same way of operating and in all of them there have been difficulties in claiming against the actual developer and bank.”

It added: “However, all these difficult cases are now finally being solved. If good legal techniques are used, together with Case Law of both Provincial Appeal Courts and the Supreme Court, which follow a brilliant, anti-formalist approach and 100% in support of the buyers, then these difficult cases can be won.

“The fact that (1) the sale was to Ocean View, (2) the bank guarantee was granted in favor of Ocean View and not of the final buyers, (3) there were no individual guarantees in favor of the buyers / claimants or (4) the developer did not open the special account that the law requires, are no longer major obstacles, since 2014/2015, there are sufficient reasons for the Bank that issued the guarantee on the development to be condemned to return not only the principal but the interest from the date of payment of amounts and the legal costs.”

The cases are set to continue. 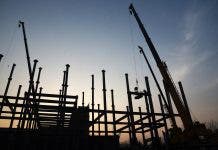