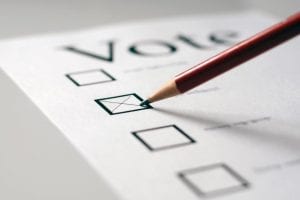 IF you’re French, Spanish, Japanese or almost any nationality other than British, you have the right to vote in your native country wherever you live now, and for however long you have lived there.

Expats from all over the world retain their full voting rights back home and can register to vote in the general elections of their country for the remainder of their lives.

Not so Brits who are resident anywhere outside the UK for more than 15 years and do not retain a UK registered address (and if so need to be in the UK for a minimum of 183 days each year).

They can only vote in local Spanish elections, and that may be withdrawn after Brexit.

We expat Brits are the great disenfranchised.

During past years the Tory Party has expressed intentions to rectify this anomaly and last month in the House of Commons, Cabinet Office Minister Chloe Smith spoke in support of the ‘Overseas Electors Bill 2017-19’, presented as a private member’s bill put forward by Conservative MP Glyn Davies.

Mike Gapes, president of Labour International and Liberal Democrat MP Layla Moran spoke in favour of the bill while another mentioned the efforts of the French government to make its expats feel valued by providing for them with dedicated MPs and senators.

But Labour MP Sandy Martin, who contested it on behalf of the opposition, expressed doubt that British expats retained any close family links back in Blighty. Anyone living abroad for 15 years or more would have brought their family with them, he added.

Another anti-Bill spokesman maintained that re-establishing the vote for expats would be too complicated and costly for local councils.

As Sir Roger Gale, who spoke in support of the Bill, explained after the 2nd Reading: “Labour are quite clearly opposed to it; they mounted an operation to talk it out – Mr Martin spoke for 45 minutes which is outrageous. However they seemed to decide that discretion is the better part of valour and they are probably going to try to kill it in committee, or at the report stage, or at the third reading, or in the House of Lords. The trouble with private members’ bills is that, even with government support, they are very vulnerable. Even if it gets through, it’s one step forward and only one step. It doesn’t mean expats are getting the vote.”

It seems outside the sphere of common sense that the votes-for-life issue could fall victim to political bias. But perhaps opposition MPs and the Labour Party think most British expats are well-heeled would-be Tory voters living the high life? If so it is an antiquated impression.

Perhaps it is believed that Brits moving abroad with the intention to remain there deserve to forfeit their right to vote in UK elections. But such people paid taxes during their working lives in the UK, many have siblings, children and grandchildren still living there and retain great interest in the political, social and educational issues of their homeland, which they can keep up to date with through the internet and TV.

Tens of thousands of British expats living in Spain and France who once worked in UK government employment – military personnel, health workers, policemen, teachers – and are in receipt of related pensions are required to pay income tax to the UK government in accordance with double taxation treaties between the UK, Spain and France. That is taxation without representation. What do MPs opposing the Overseas Electors Bill have to say about that?
In 2008 the Europe in Movement Meeting accepted the principle that ´No citizens of the EU shall be deprived of their right to vote in national elections by reason of their place of residence´. There is something not only illogical but callous about the circumstances of 94-year-old British army veteran Harry Schindler, resident in Italy, who is denied the right to vote in UK general elections.

He fought for his country and for democracy in Europe against fascism, and he has been a life-long supporter of the Labour Party. He took his case to the UK Supreme Court and to the European Court of Human Rights but did not succeed on points of complex detail.

British expats in Spain live amongst Spanish nationals who experienced a dictatorship and isolation from European democratic ideals. The Spanish who fled Franco’s regime and remain abroad have been re-enfranchised. British expats deserve as much in the country where they paid a great proportion of their taxes in, for which they retain affection towards and where many of their relatives still live.