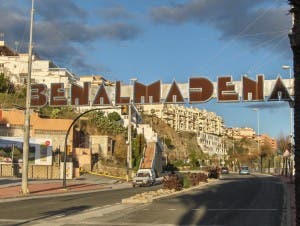 A WATCH-STEALING gang has been busted on the Costa del Sol after a local resident witnessed one of their robberies.

The thieving trio, between 19 and 23 years old, have been detained by Policia Nacional and are believed to be behind several petty thefts in the Benalmadena area.

They were caught after one of the females of the group, all believed to be Romanian, approached a 79-year-old tourist on the seafront.

She began asking him for work, when he said he couldn’t help her, she held his arm and begged again.

It was then that she removed his watch, worth around €2,500.

When the pensioner tried to take it back she pushed him to the ground before running into a nearby vehicle which had been waiting for her.

A local resident saw everything from his car and followed the criminals until they stopped near a police vehicle.

He alerted the police to what had happened and they were arrested on the spot.

It was later discovered that the group, made up of two women and one man – were also the alleged perpetrators of a similar theft in the marina where watch worth €3,100 was stolen.