A TRANSGENDER couple have allegedly been attacked by their neighbour outside their home in one of Spain’s most LGBT-friendly towns.

According to the Andalucia Diversity LGBT group, the couple have formally denounced the assailant after he punched and kicked them in a violent outburst just metres from their front door in Torremolinos.

One of the alleged victims was waiting for the elevator when they were jumped upon by the attacker.

Their partner heard their screams and came to help and was also attacked.

They were both punched and kicked repeatedly before another neighbour pulled the attacker off them and dragged him back to his home.

According to the statement given to police, the neighbour had been harrassing the pair since they moved into the building a year ago.

He would allegedly insult them regularly and ‘make their lives impossible’. 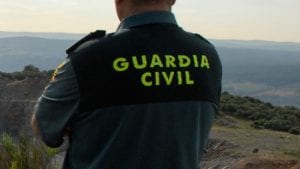 The couple claimed he would bang on their walls, spit on them and physically shove them.

Natalia Ronco, from the Andalucian Observatory against LGBTIphobia, said that ‘sadly, we are witnessing, once again, how homophobia and transphobia are still very present today’.

“This couple only made their lives like any of us and was attacked for no reason beyond the unjustified hatred that certain people feel towards the LGBT + collective,” she said.

For his part, the president of Colega-Torremolinos, Santiago Rubio, has been attending to the victims and added that ‘they are in a state of stress and shock; it is terrible that we continue tending to live events as repugnant as these.’

Finally, the president of the Andalusian Federation of Associations LGBTI, Andalusia Diversity, Antonio Ferre, said in the statement: “This couple has dared to denounce, to put on the table the serious problem we face, but there is still a lot of fear, many people do not dare to denounce because they think it is useless, because they are afraid.”

He encouraged any victims of LGBT-phobia to report incidents to the authorities.

“It is the only way to stop homophobia and transphobia, we can not give the message that this kind of intolerable actions go unpunished,” he said.