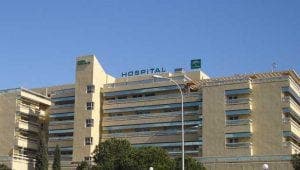 AN expat has been killed following a kidnapping attempt on the Costa del Sol.

The body of the unidentified eastern European man was dumped on the roadside in Marbella, along with his South American girlfriend who survived.

The couple were found on Monday night close to the Hospital Costa del Sol, after the woman was seen covered in blood trying to flag down drivers in a bid for help.

She was admitted to the hospital last night with concussion and multiple bruises but is now stable, reported Diario Sur.

A driver who spotted the woman called a friend in the police force, along with emergency services who quickly arrived at the scene.

Paramedics could not do anything to help the 52-year-old man, whose lifeless body showed signs of violence all over it with bandages around his legs. It is believed he was severely beaten and tortured.

Policia Nacional, who is leading an open investigation, said the couple had been kidnapped the day before.