A GUARDIA Civil officer was caught attempting to drink drive after stumbling out of a bar in Cadiz yesterday.

Policia Local were alerted by locals after he was seen trying to get behind the wheel of his police car, while showing clear signs of intoxication.

The Guardia Civil are currently investigating the captain of the maritime authority in Cadiz for serious misconduct and have confirmed he will be suspended.

Locals filmed the incident on their mobiles in which the captain, who was wearing his uniform,  can be seen drunkenly falling over.

After punters stopped him from getting in the car the official was taken to the local police station, where he was breathalysed and found to be more than seven times over the limit.

He was reportedly off duty when the incident occurred but was recognisable by his uniform and official Guardia Civil car. 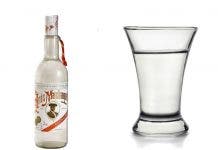 Barcelona drivers to be penalised with new dirty car fines