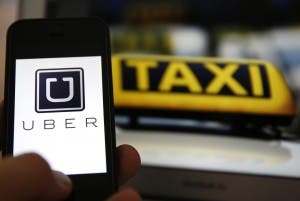 UBER has announced it is launching on the Costa del Sol.

The taxi-style app is looking to take advantage of the millions of international tourists who will visit the holidaying hotspot.

The service will cater to pre-existing users when they arrive, meaning they won’t have to install a new app or enter card details.

The company says some 150,000 people have opened its app on the costa since 2015, illustrating how location-based app services can also generate freebie business intelligence.

“With the launch of UberX in time for the busy summer season, we are thrilled to bring on-demand transportation to the Costa del Sol,” an Uber spokeswoman told Techcrunch.

“We are committed to being a true partner to the cities of this famous tourist region for the long term.”

The UberX professional licensed driver service will launch in early June, and will cover more than 60km — including the coastal cities of Marbella, Malaga, Torremolinos, Benalmadena, Fuengirola and Mijas.

The company also confirmed the service will run year round.

While Uber is only offering a professional licensed driver service in Spain, taxi drivers argue that local regulations continue to be ignored because there are more licensed vehicles on the road than the official ratio allows.

The ratio is supposed to be 30 taxis to every licensed vehicle but the National Markets and Competition Commission has encouraged a relaxing of licensing rules.