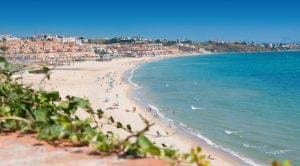 THE boat which killed a nine-year-old boy in Algeciras on Monday had been used for drug smuggling operations, confirmed Policia Nacional officials yesterday.

Although officials had originally said the boat was a typical ‘narco boat’, they later revealed no drugs had been found.

Spain’s interior minister, Juan Ignacio Zoido, said: ‘neither of the boats involved were used for drug-trafficking’.

However Policia Nacional sources have revealed that the speed boat was intercepted on April 26 during an anti-drug operation, reported Diario Sur.

It was carrying multiple, large diesel drums, leading officers to suspect this was used to supply fuel for other boats used for drug-trafficking.

Despite this, it was a lack of legal documentation which caused the boat to be confiscated.

That same day the owner, who was driving the boat when the child was killed, showed up with a friend who provided all legal documents required.

They allegedly picked up the boat just one hour before the tragic incident took place on Playa de Getares.

Sources close to the investigation revealed both the victims and the arrested had drug-trafficking links.

According to La Voz de Cadiz, the victim’s family are connected to the Pantoja family who are involved in the ‘Messi del hachis’ – one of the biggest drug trafficking rings in the Campo de Gibraltar.

Investigations suggest the driver’s reckless actions were done as a way of showing off, which led to him losing control of the boat.

Although the friend of the driver had been arrested, he was later released, after officials agreed he had taken no part in the dangerous driving which led to the death of the young boy.

He had also grabbed the keys from the boat after the incident, to stop the driver from escaping.