A BULLFIGHTING festival in Andalucia sold out in just 10 hours after a world-famous matador was revealed to be taking part.

The news that Jose Tomas, based on the Costa del Sol, will be competing in the upcoming Feria Taurina in Algeciras sent fans into a frenzy last week.

After online tickets went on sale on Thursday morning, it was announced on the website that tickets had sold out by 8.15pm that night.

The Plaza de Toros de Las Palomas website had faced huge queues the night before, with people anxiously waiting for tickets to go on sale.

World-renowned Estepona-based matador Tomas will be taking to the Algeciras bullring on June 29 alongside Miguel Angel Perera. 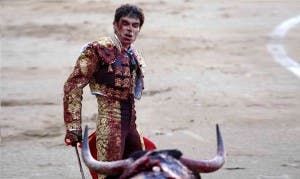 This is not the first time the 42-year-old has caused events to sell-out within hours, as he boasts some of the most loyal fans in the bullfighting world, dubbed Tomasistas.

Unlike other matadors, Madrid-born Tomas is a mysterious ‘celebrity’ who rarely gives interviews and performs infrequently, meaning fans have to watch him live in the bullring to see him at all.

The four-day tournament, which kicks off on June 27, will welcome matadors from across Spain and Peru.

It is still unclear whether more tickets will be available for the feria but local reports say there could be a re-sale on June 12.