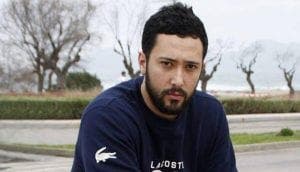 SPANISH rapper Valtonyc has fled Spain to avoid going to prison after being convicted for ‘glorifying terrorism’ in his lyrics.

Sources say the Mallorquin artist has gone into exile either to Switzerland or Belgium, where he intends to continue campaigning for freedom of expression, revealed El Nacional.

On Thursday the 24-year-old was due to start his sentence and had 10 days to present himself at prison.

Valtonyc made it clear on Twitter today that he was not going to go without a fight.

A tweet read: “Tomorrow is the day. Tomorrow they are going to knock down the door of my house to put me in prison, for some songs. Tomorrow Spain is going to make a fool of itself, once again. I am not going to make it so easy for them, disobeying is an obligation and is legitimate in the face of this fascist state. Nobody surrenders here.”

Reports say police were due to set up a surveillance team to track the rapper’s whereabouts and ensure he did not leave the island, yet he still managed to escape.

He had the option to choose his preferred prison but has instead fled the country.

It comes after the Sa Pobla rapper was sentenced to three and a half years in jail by Spain’s Supreme Court for his controversial lyrics last month.

He was convicted of glorifying terrorism, threatening right-wing politician Jorge Campos and making defamatory comments against the Spanish royal family.

WATCH: Guardia Civil chopper picks up body of Brit who fell 120m to his death from a cliff in Spain’s Formentera

Alex Trelinski - 3 Oct, 2022 @ 16:23
A 14-year-old boy was stabbed in the back at the Alfonso Escamez secondary school in Aguilas on Monday morning. The young attacker went back to...