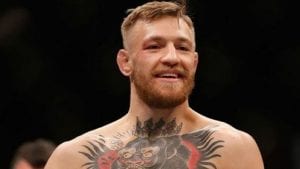 CONOR McGregor is soon to join the Marbella jetset after purchasing a luxury holiday home for a cool €1.5million.

Located near La Resina Golf Course on the resort called ‘The Heights’ in between the celebrity hotspot and Estepona, the property features an LED lit driveway, customised gym and a home spa. 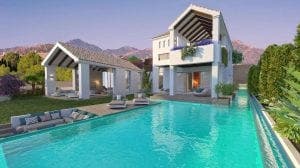 The villa also includes the latest home smart technology, a wine cellar and a lift to boot.

The MMA fighter will no doubt use the posh pad as a place to keep his head down following a fracas in Brooklyn, New York.

The 29-year-old was among a group of people filmed throwing items at a bus full of fighters outside the Barclays Centre following a UFC 223 media day. 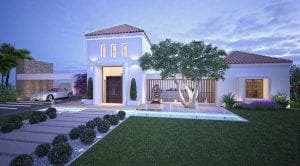 During the attack, which injured two fighters and cause three fights to be cancelled, McGregor was seen throwing a trolley through the bus window.

It is believed to have been in retaliation for a run-in earlier in fight week between Nurmagomedov and McGregor’s teammate Artem Lobov.

McGregor, who earlier in the day crashed a press conference at the arena, is set to appear in court on June 14 and if found guilty of assault could face up to seven years in jail.

The Irish national will be in good sporting company on the estate with England footballer Harry Winks having invested in the development last year and golfer Michael Campbell acting as ambassador for the brand.