THE Gibraltar government has said it will not reconsider its anti-abortion laws despite Ireland’s recent landslide vote to repeal its ban.

Pro-choice campaigners had hoped it would put pressure on the Rock, but it seems their fight won’t be over any time soon.

A Gibraltar government spokeswoman told the Olive Press: “We have already dealt with progressive issues like civil partnerships and equal marriage… The Cabinet has not considered changing this [abortion] policy.”

It added that it did not have a mandate to change the abortion law as it was not included during the election campaign.

The act is punishable by life imprisonment on the Rock under Section 162 of the 2011 Crimes Act – the harshest abortion laws in Europe.

Although no woman has ever been sentenced, the threat weighs heavily on residents and many go to Spain and the UK to have quick, clandestine procedures, where they don’t receive adequate before or after care.

One woman, who chose to remain anonymous, told the Olive Press she had an abortion at 19 in the UK while at university, after falling pregnant to a violent boyfriend whom she had escaped.

“I remember reading up on how to stop being pregnant. I drank more and took laxatives… it’s so dangerous,” said the Gibraltarian who now has two children.

It wasn’t until a university friend told her that abortion was legal in the UK, that she saw a way out.

She added: “I think that if I had kept it I would not have been here today due to mental health, or he would have got to me.

“I would have lost my career, had to pay back debt, be a single mum and have to deal with an abusive piece of work… It freed me.”

The Gibraltarian, who still keeps her abortion a secret from many family members and friends, said she was one of the ‘lucky’ ones because she received pre and post-treatment care as she was studying in the UK at the time.

“That’s the scariest thing, girls take drugs, alcohol and laxatives – anything to try and kill a baby when they could talk to someone and get the right care,” she added.

Campaigner for Pro Choice Gibraltar, Tamsin Suarez, felt ‘very emotional’ on hearing the news in Ireland but frustrated at the lack of change on the Rock.

“We pride ourselves on being a diverse, accepting nation where everyone’s views are accepted but this is a new law which was introduced in 2011.

“It’s a human right. We cannot be the last progressive nation in Europe to have this restriction on women,” she added.

Gemma Briggs, 28, also a campaigner for Pro Choice Gibraltar said it saddens her that women are given such little choice in a nation that is ‘supposed to be an international player’.

She added: “As a British citizen a woman in Gibraltar should be given the same level of healthcare as she would in the UK.

“Gibraltar as a community offers such little help for expecting parents with little maternity pay and child welfare help.”

On the Rock, women are entitled to 14 weeks maternity leave, with an allowance of £87.64 a week for up to 18 weeks, but not during any period when paid work is done.

Dependent on social security contributions, a one-off payment of £600 per child is also available.

Tamsin agreed that not only is there a stigmatisation of single mothers on the Rock, but there is a lack of support.

The campaigner added: “It’s completely disrespectful to women and their feelings. They can’t provide for themselves.”

Gemma added: “By not leading with a strong policy to catch up with the rest of the world, the government is showing very little respect to women and their choices.” 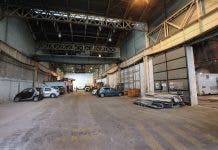