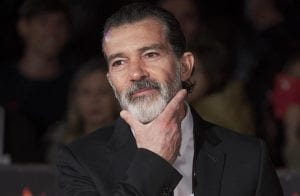 ANTONIO Banderas is one step closer to raising the curtain on his Malaga theatre project.

The Malagueño actor, singer, and producer has received sponsorship from CaixaBank and the new partnership was sealed with the official renaming of the auditorium as Teatro Soho CaixaBank.

Due to open in September 2019, the main 700-seater arena to called CaixaBank Hall will host two shows every year. A second 200-seater hall will host more intimate productions.

Additionally, the theatre will have space for training up new performers, with rehearsal and lecture rooms for courses, conferences, seminars and exhibitions, and will be a platform for developing Malaga’s arts programme, From Malaga, For Malaga.

Banderas plans to invite Spanish and international companies with a view to showcasing  Spanish and English works and a mix of styles, including ballet, zarzuela and opera.

The curtain raiser with be a Spanish production of Zorba the Greek, based on the 1952 novel and 1964 film, a story exploring the relationships between Zorba and American Nikos who inherits a mine on the island of Crete.