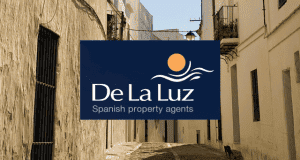 IT’S been 14 years since Duncan Hill first set up his agency on the Costa de la Luz.

Aiming to help British buyers locate the perfect holiday homes from Ayamonte to Tarifa, the company took a ‘finders fee’ meaning they could negotiate and work with all the top agents on the coast.

Having run a busy agency in London he liked the idea of finding the right home for buyers and things went well.

“We had, after all, been through the process of buying a second home here so we were fully aware of the challenges potential buyers faced,” he explains.

They mostly met the clients in the UK and after analysing their exact requirements searched for the best properties and then met them to show them the shortlisted ones.

“It normally took three days and while time consuming it was very successful,” he continues.

Eventually he and his partner Kaly decided to open a permanent office on the coast and chose the wonderful white town of Vejer de la Frontera.

From 2013 to 2018 there have been small price increases and the market has stabilized and the town has become increasingly popular.

“Prices are now around €2,000 per square metre for a house or apartment in good condition.

While in 2007 prices peaked at just under €3,000 per square metre, so there are some great deals out there,” he adds.

Much of this change has come after a colossal improvement of the infrastructure in the area, particularly in the old town of Vejer, facilitated by the efforts of the town hall and local businesses.

“There are now a multitude of very good restaurants and bars and many organized events and being one of the most attractive villages in Spain has also helped and the holiday season now stretches from April to October.

“We have also had more visitors from many different countries over the past years,” he adds, explaining that buyers have come from as far and wide as Denmark to the USA and from Poland to Sweden to buy in the town.

Last year the agency helped a couple buy and relocate in Vejer after selling up in Mallorca where they had a second home for many years.

We often help buyers from Barcelona, Madrid and Seville for example buy a bolt hole here where they can enjoy their summers.

Local Spanish buyers tend to look to the new town, where the houses are newer and at least 30% cheaper.

“One of our main challenges is to help potential buyers ensure that properties have the correct legal title.

This saves time wasting and there is no point in going through the offer and negotiation process only to be told by a lawyer that he or she does not recommend you buy.

“These are the quirks associated with traditional properties in Vejer but working with a good bilingual and local lawyer helps.”

On top of this, in the surrounding countryside areas there are also many issues with the correct legal title.