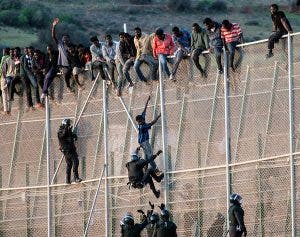 ANDALUCIA is calling for the redistribution of underage migrants in Spain as the region’s infrastructure faces crisis.

According to El Pais, Andalucia is currently caring for 2,597 migrant children which equates to 36% of the total in the country.

Minors are being forced to sleep on mattresses on shelter floors due to the lack of beds in the facilities.

The news comes after leaders of Andalucia and Catalunya met Spanish government officials to discuss the matter yesterday.

Prime Minister Pedro Sánchez has made the issue a priority in his immigration policy as the number of minors illegally entering the country continues to rise.

Government officials are said to have requested stricter head counts as many minors are running away from centers to find work, and are encouraging further medical examinations of migrants to determine their age.