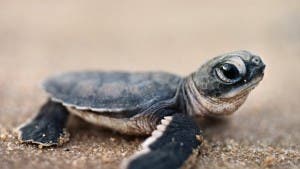 A BRITISH expat who was found to have a dead tortoise in her vagina may have been a victim of sexual assault.

The woman, based in Tenerife, went to hospital after complaining of stomach pains this week.

Doctors soon discovered the dead reptile inside her and removed it as soon as possible.

According to ABC news, local police said the yet unidentified woman may have been the victim of a sexual assault.

The paper said police opened the investigation after doctors referred the discovery to officers.

Police on the island are not pursuing the matter on request of the victim.

A police source said: “This incident did happen and the reports are true. The woman does not know how the reptile ended up where it did and we don’t either.”

It is believed she told police she began to feel ‘weird’ after partying with a group of British friends a couple of days earlier.

She claimed she had no idea how the reptile ended up inside her.

Its size has not been detailed but some reports suggest it may have been a turtle instead of a tortoise.

It caused the woman to have a serious infection.