SPANISH scientists believe they may have managed to eliminate HIV from a patient using stem cell transplant treatment.

Scientists from the Institute for AIDS Research IrsiCaixa in Barcelona and the Gregorio Maranon Hospital in Madrid have managed to remove the virus from the blood and tissues of six patients using the treatment.

But the research, published on Monday in the Journal of Internal Medicine, said one patient now has no antibodies fighting the infection, suggesting it has been completely eliminated.

The patients are keeping up their antiretroviral treatment, but researchers believe the virus may have been completely removed from their bodies.

It came after the six guinea pigs had stem cell transplants using cells from the umbilical cords and bone marrows of donors.

Researchers say the results could open the door to designing new treatments to cure HIV/AIDS.

IrsiCaixa researcher Maria Salgado, co-author of the study, together with Hospital Gregorio Marañón hermatologist Mi Kwon, explained that the reason current drugs do not cure HIV is due to the ‘viral reservoir’ which exists in cells infected by HIV.

While treatment can make the virus ‘undetectable’ – meaning it cannot be passed on – the virus still remains dormant within cells and cannot be detected or destroyed by the immune system. 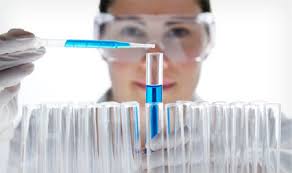 The latest study was inspired by Timothy Brown, ‘The Berlin Patient’ who had HIV eliminated from his body after undergoing a stem cell transplant to treat leukemia in 2008.

Brown’s donor had a mutation called CCR5 Delta 32 which made their blood cells immune to HIV.

Brown came off his antiretroviral treatment and to this day the HIV has not returned.

He is considered to be the only person cured of the virus.

The latest study included six participants who had survived at least two years after receiving the stem cell transplant, but this time all donors lacked the CCR5 Delta 32 mutation in their cells.

“We selected these cases because we wanted to focus on the other possible causes that could help eliminate the virus,” Mi Kwon said.

After the transplant, all six participants maintained their antiretroviral treatment before coming off their medication for a period of time.

They were then tested, with all of them achieving remission of HIV.

Researchers discovered that five of them had an undetectable HIV reservoir in their blood and tissues and that in the sixth the viral antibodies had completely disappeared seven years after the transplant.

Salgado said: “This fact could be proof that HIV is no longer in his blood, but this can only be confirmed by stopping his treatment and checking whether or not the virus reappears.”

The next step will be to conduct a clinical trial, controlled by doctors and researchers, to stop antiretroviral medication in some of these patients and to provide new immunotherapies to check if the virus returns.