BRITISH expat campaigners have slammed the draft Brexit Withdrawal Agreement, claiming it has ‘failed’ millions of Brits in Europe.

Activists, the3million and British in Europe have formed a united front to blast Theresa May’s proposal, stating they feel ‘betrayed’.

The two groups – the largest coalition of Brits in Europe with some 35,000 members – said despite ‘good progress in the early stage of negotiations’ that ‘negotiators have failed to deliver their promise’ in protecting expats’ rights.

“The 3.6 million EU citizens living in the UK have to pay to apply to stay in their home,” a British in Europe statement read, “they will undergo systematic criminality checks and can lose the new status if family or work obligations mean they have to leave the country for five years.”

They added that the deal only adds to the ‘uncertainty’ expats have been feeling since the referendum and are concerned they will lose free movement.

“We were told in March that citizens’ rights were a done deal and that discussions on this would not be reopened,” said co-chair of British in Europe, Jane Golding.

“However it is clear from the text that some changes have in fact been made. It is unacceptable and upsetting that free movement – a lifeline for many of us – has been excluded when both sides knew it was critical for us.”

It comes after the 585-page draft withdrawal agreement was released to the public yesterday, outlining proposals for Britain’s exit from the EU on March 29 next year.

In a tumultuous morning in Westminster, a staggering seven MPs have so far resigned over the deal today.

But the deal will first have to pass through Parliament before becoming law, while the EU will hold a summit on November 25 to finalise the UK’s withdrawal agreement.

MP and influential Brexiteer, Jacob Rees-Mogg has called an 11th hour press conference calling for a vote of no-confidence against Theresa May, saying her deal was ‘worse than anticipated’.

Meanwhile, Labour leader Jeremy Corbyn described the deal as a ‘huge and damaging failure’, which his party will not back.

Chair of the3million, Nicolas Hatton, said expats are being used as ‘bargaining chips’ and are now facing a ‘lifelong limbo’ under the Withdrawal Agreement.

He said: “the3million feels betrayed by the Brexit negotiators.

“The Withdrawal Agreement does not protect our existing rights, and shamefully creates more insecurity by allowing the Home Office to pick and choose the EU citizens they want to keep.”

OPINION: Now that Brexit is finally done, we can all look forward to our blue passports 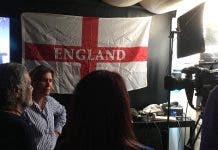 WE’RE OUT: British expats on Spain’s Costa del Sol see in Brexit with a dance, a clap and a few pints