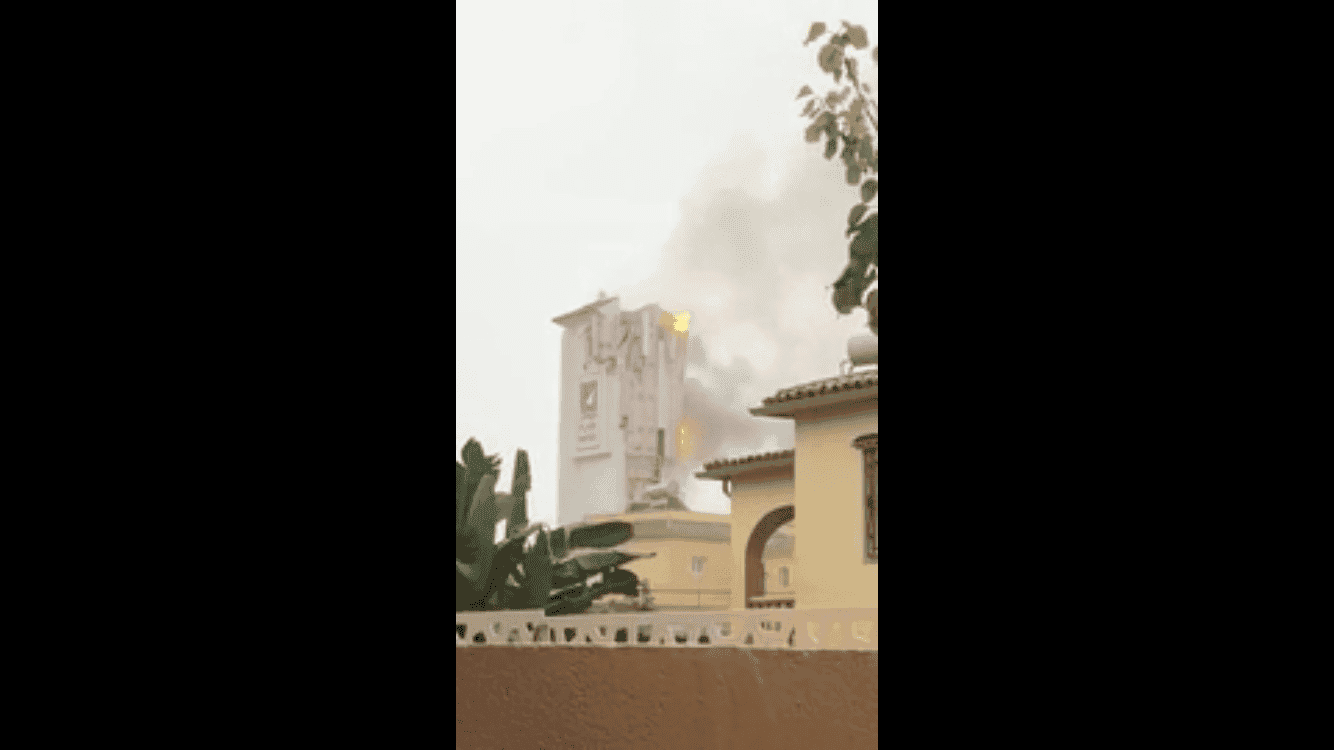 A MARBELLA hotel has burst into flames after being struck by a lightning bolt.

Black smoke was billowing from the structure at two separate points as firemen rushed to the scene.

There have been no reported injuries.

Meanwhile, according to Diario Sur, Nueva Andalucia has been almost ‘cut off’ due to rising water in the tunnels connecting it to the A-7.

One driver had to be rescued after becoming stuck in the water at the Guadalmina underpass this morning, which was also cut off due to rising water.