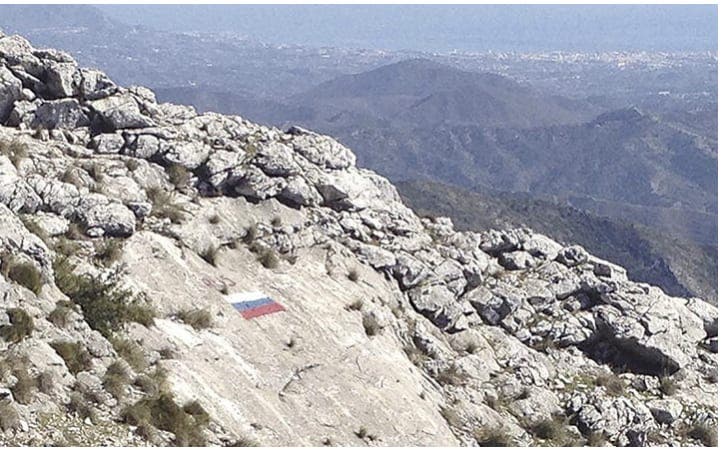 A RUSSIAN flag emblazoned on Marbella’s La Concha has caused outrage among locals.

A hiker who spotted the flag told Marbella24horas that the paint job amounts to nothing more than ‘vandalism’.

The reader told the news website it paints a ‘bad image’ of the Costa del Sol town because it is a place for ‘many nationalities’, not just one.

He told Marbella24horas: “I love to walk through the great mountain that we have in our territory and I want to denounce an act of vandalism that has altered the landscape…

“I climbed the peak of La Concha, as I have many times, and what was my surprise to find a very large painted (the photo makes it seem smaller) Russian flag and RUS letters, right at the top.”

The flag was painted near to the bench that was carried by firefighters on behalf of the Butterfly Skin charity.

The reader added: “The mountaineer’s philosophy is to leave the mountain just as we found it, so any alteration of the territory is always in bad taste. There should not be any flag. Please ask for dissemination of this disgusting act.

“Marbella differs from all other cities precisely because many people from different countries, cultures, races, etc. coexist and we have to respect each other and precisely the mountain serves to unite people “.