IT was mid-2003 when Zoe Males packed up her VW camper van and headed ‘as south as you could’ from her home in rainy Wales.

With two young kids and her ex-partner in tow they eventually arrived in the isolated, dusty corner of the Iberian Peninsula, near Mojacar.

It was the new life dream they were both after, but the price of buying a home there didn’t unfortunately fit their budget.

“I loved the idea of Mojacar having worked there as an au-pair at 17, but we just couldn’t afford to buy anything there,” explains Zoe, 40, of Olvera Properties.

“Then we spotted a house on the market in an inland town called Olvera, which cost just €27,000 and came with a garden.

“It sounded perfect and after looking at nine other nearby properties we ended up buying it.”

The mother-of-four continues: “Like many people we quickly realised we could not get what we wanted on the coast and we simply moved inland.”

The former customer services manager was soon hard at work with her partner renovating the house, and most importantly learning the local language.

There were few foreigners living in Olvera – a charming mountain town between Ronda and Sevilla – and practically none of the locals spoke English.

“I knew I had to learn the lingo and I got the biggest Spanish/English dictionary I could find and I simply learnt hundreds, then thousands of words,” she says.

Her quickly-improving grasp of the language soon led to other buyers asking her for help in local matters and this led to a job with a rapidly growing estate agency, run by another expat couple Melanie and Anthony out of their home in the heart of the town.

By 2005 the market had ‘gone wild’ and the new agency was inundated with buyers, looking in a radius around the town of around 50 miles and taking in Ronda, Zahara and Algodonales.

“We were run off our feet in 2005 and 2006, with so many buyers, sometimes four to five a day to look after,” she explains. “In one week we actually sold six properties.

So what did she do? She bought the agency off the owners, who moved back to the uk, to find a new life.

“It was certainly a tough choice and things continued to be tough,” she recalls. “In 2010 we even had six months when we didn’t have a sale. It was a very tough time.”

Meanwhile, she had two more children and eventually teamed up with another business partner Anne Marie, who also came from Wales.

Trade however continued to be tough, but the pair somehow managed to survive (with Zoe having to spend much of the year working in the UK) and by 2016, the market finally started to turn.

After years of flatlining prices, the number of buyers is rising, alongside the average price of properties.

“Thing’s have really picked up in the last couple of years,” explains Zoe.

“Last year was really healthy and the first half of 2018 was great.

“There are also a lot more country property buyers in the €250,000 bracket these days,” she adds.

And this is no surprise given how stunning the countryside is around the area, with the landscape and views not dissimilar to the Highlands of Scotland or Snowdonia, but with sunshine.

In total Olvera Properties has just over 300 properties on its books.

“We know every listing inside out and are good at matching buyers with homes,” explains Zoe, adding that most of her buyers are British. 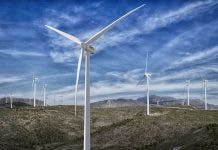 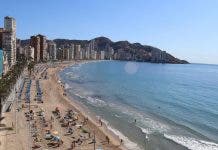 Laurence Crumbie - 19 Oct, 2020 @ 15:00
The Spanish Minister for the Ecological Transition, Teresa Ribera, has promised to up Spain’s game in the fight against climate change.

Family of Lisa Brown’s desperate plea for witnesses to reveal what happened to Scottish mum almost five years after...