A WILD boar has been shot and killed by police after rummaging through bins of residents on the Costa del Sol.

The pig was captured on film roaming around Fuengirola on Saturday.

But after two hours it was quickly shot and killed by police.

Wild boar was spotted and shot dead as it was running the streets of Fuengirola on Saturday :(

“We tried to contact several zoos and animal parks but none had the necessary capabilities to carry out a capture and re-release.

“With the help of locals police officers encircled the boar before shooting it.” 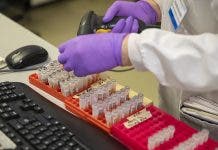 Man is duped by a ‘Love Hug’ and gets robbed of €10,000 worth of jewellery in Benidorm on Spain’s Costa Blanca